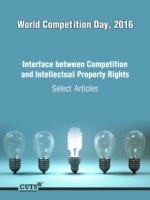 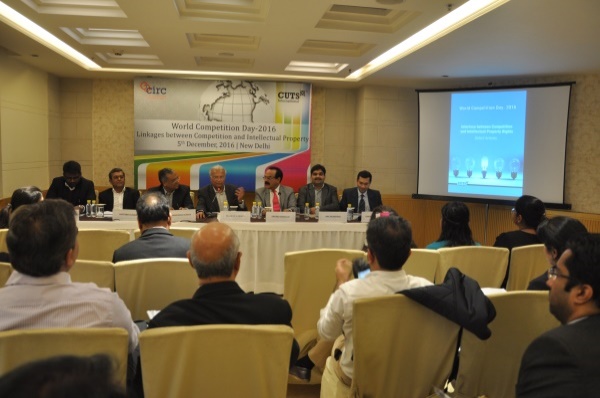 India: Panel Discussion on ‘Linkages between Competition and Intellectual Property’

Togo: As part of World Competition Day 2016, Association Togolaise des consommateurs (ATC Togo) organised an event with the theme “Competition in the cement sector in Togo.” As pricing irregularities in Togo’s cement sector prevail, ATC asked the government to disclose the pricing procedures and put one regulatory authority in place. 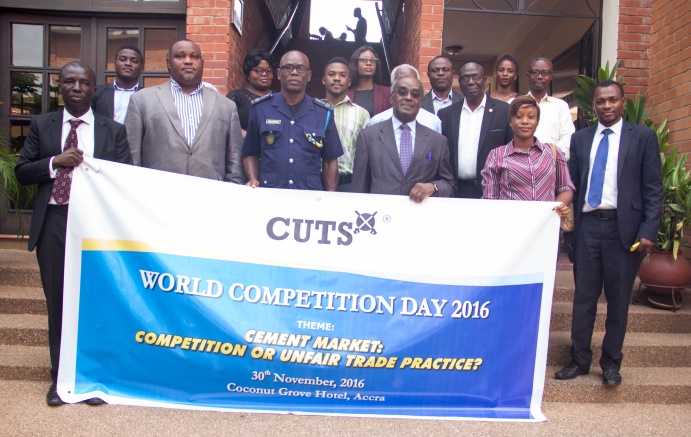 CUTS Ghana organised a policy dialogue on “Cement: Issue of Competition or Unfair Trading Practice?” on November 30, 2016 in Accra (Ghana).

Ukraine: Roundtable conference on reforming the energy sector of Ukraine on 27th November 2015

Geneva: The World Competition Day was observed by CUTS Geneva on 5th December 2015 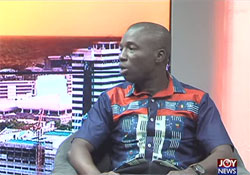 Ghana: Appiah Kusi Adomako, Centre Coordinator CUTS Accra was interviewed by JOY News where he talks about the importance of competition in Ghana on 4th December 2015 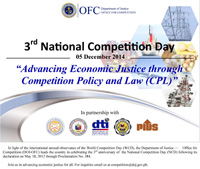 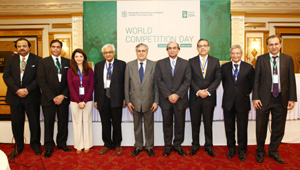 The Competition Commission of Pakistan (CCP) organised a seminar to celebrate the World Competition Day in Marriott Hotel Islamabad today, which was attended in large number by the government officials, regulatory organizations, representatives of business community, trade associations, legal community, academia and media. 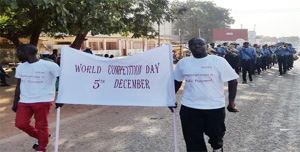 The Competition Authority of Botswana joined other competition agencies and civil society organisations on December 5th in commemorating World Competition Day under the theme ‘Competition Issues in Public Procurement’. To observe the day, the Authority hosted a panel discussion based on the theme. 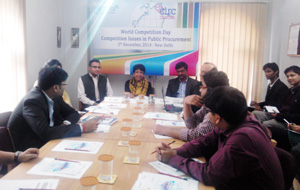 A special programme was organised by CUTS International and CUTS Institute of Regulation and Competition (CIRC) to commemorate the World Competition Day on the 6th of December, 2014 at Delhi. 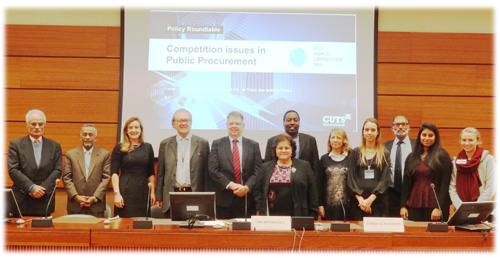 A Round table discussion was organised at WTO Secretariat, Geneva to celebrate WCD on the theme of ‘Competition Issues in Public Procurement’ 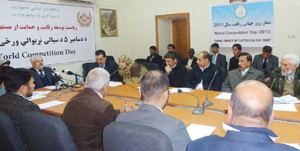 The Competition Commission of Pakistan organised a seminar on ‘Economic Growth and Competitiveness’ to mark the World Competition Day. , which is celebrated every year on 5th December to create awareness on competition related issues and how the enforcement of a competition regime benefits consumers

For further information please click on the following link:
http://www.cc.gov.pk/ 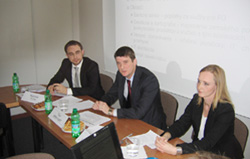 Antimonopoly Office of the Slovak organised Business breakfast meeting with the chairman of the Office.

For further information please click on the following link:
http://www.antimon.gov.sk/ 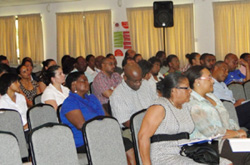 1. Poster competition and Prize ceremony held at the Seychelles National Library for students 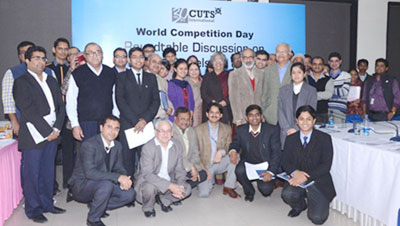 Roundtable Discussion on ‘Impacts of Cartels on the Poor’
New Delhi, December 05, 2012

CUTS organised a roundtable discussion on ‘Impacts of Cartels on the Poor’ on the occasion of World Competition Day, a campaign running by CUTS to observe the day on 5th December since 2010.

Roundtable discussion held on Wednesday 5th December 2012 at The Deputy Chairman Hall, Constitution Club of India, Rafi Marg, New Delhi. The event was create awareness about the impact of cartels on the consumers and business

For further information please click on the following link:
http://www.sawtee.org/ 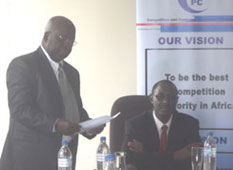 This day was commemorated in form of a press briefing. It was jointly organised by the Competition and Consumer Protection Commission (CCPC) and CUTS International Lusaka. CCPC and CUTS decided to date the media from an understanding that these are stakeholders that mold the opinion of citizens; and a mindset molded on pro-competition reforms and anti-cartels, is the recipe that Zambia needs. Among the media institutions represented included Zambia National Broadcasting Cooperation, Muvi TV, Radio-Phoenix, Joy FM, QFM, 5FM Zambia Daily Mail and Times of Zambia.

For further information please click on the following link:
http://www.cuts-international.org/ARC/Lusaka/press-Zambia_Commemorates_World_Competition_Day.htm

Albanian Competition Authority (Autoriteti i Konkurrencës) organized a round table and press conference on the occasion of the World Competition Day. 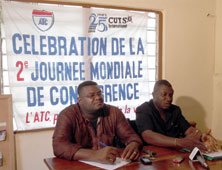 l’Association Togolaise des Consommateurs (ATC) organised a press conference on the occasion of the World Competition Day. The Press Conference was an effort to make the agenda of better competition regimes forward in the country.